Shadow Gang rollin in to town!

The good, the bad, and the best party EVER! Last night K-Kountry rounded on up to the great city of Tombstone, Missouri to experience the great 'ole west! The lower courts at kamp transformed from a place of tennis and basketball, to a place of wonder, six-shooters, and sack racin'! 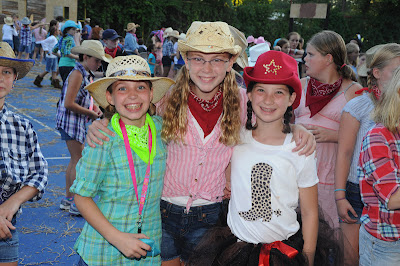 The party all began in the morning, as the Shadow Gang rolled in to town demanding all the gold kamp and Sundance had. If we didn't come up with enough gold, kamp would be finished! In order to muster up as much as we could find, we made our way through Tombstone's stations to earn gold. Stations like: tossing the outlaw out the window, archery and riflery competition, and even some gold fish! 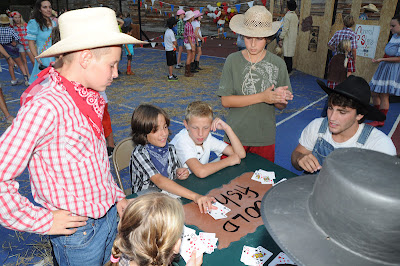 As the night wore on, and the sun had set...the Shadow Gang moved their way in to the midst of all of the crowd to collect on their gold. The tension was high, as it seemed we hadn't collected enough gold for the Shadow Gang. Just as it seemed that there was just too many Shadow Gang members to handle, Sundance stepped up to save the day! Showing the quickest draw this side of the Mississippi, Sundance handled the Shadow Gang all by himself...saving the day, and saving kamp! 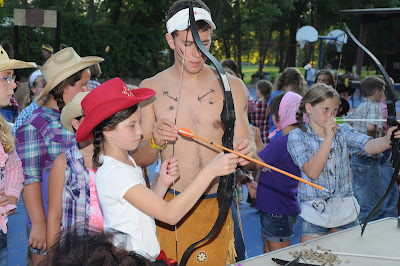 It was time to celebrate, and it was time to get our dancing boots on and have a us a good time! We celebrated with bomb pops and dancing, and it could not have been more fun! By the end of the night we had all had a blast dancing, racing, and even outlaw tossing! 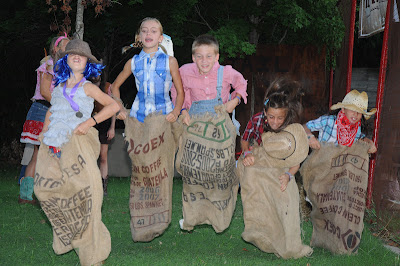 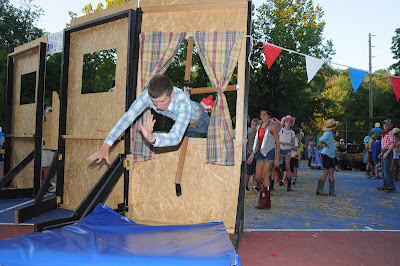 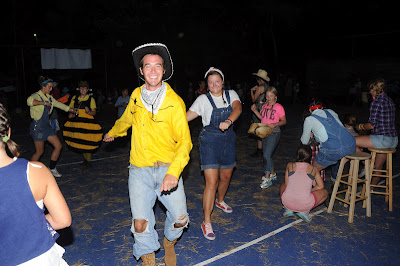 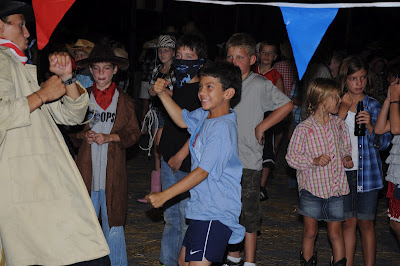 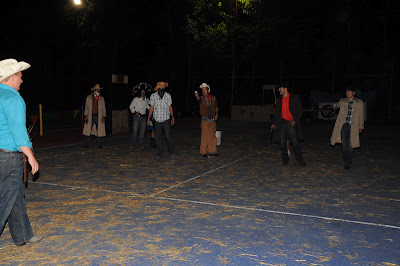 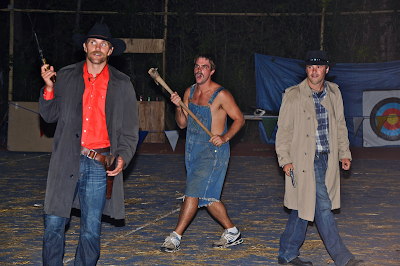