Air it Out football | Kanakuk Kamps

Air it Out football 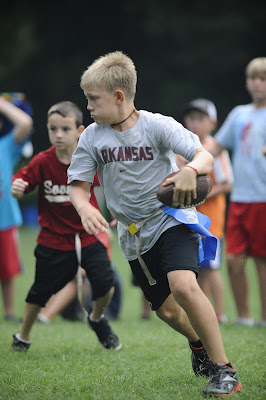 After a morning of track &amp; field, all of the guys side of kamp make their way down to the lower fields, where we find what school we will be playing for. The afternoon is filled with unbelievable plays, huge smiles, and enough celebration to last a lifetime! 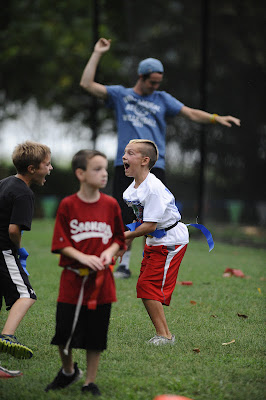 Once the four conferences (ACC, SEC, Big 10, & Big 12...yes the Pac 12 is noticeably missing), have crowned their champion, and the victor of those semi-finals has emerged...it is time for the Air it Out championship game! Last night's game pitted the Big 12 champion Kansas State, against the SEC champion Arkansas. 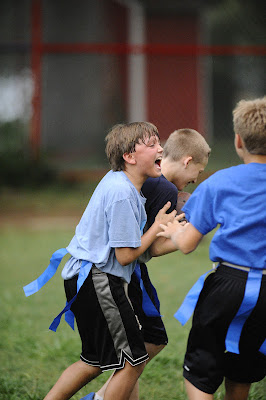 Serving as one of the referees last night was so much fun! Truly words can not describe how much of a highlight last night was! It had been raining here at K-Kountry sporadicly throughout the day, but once the championship game came around the rain had mostly passes, leaving behind just a light mist and fog. Walking down on to the field, as the fog from the lake started rolling in, was a sight that sent chills down my back. The scene could not have been any more perfect! 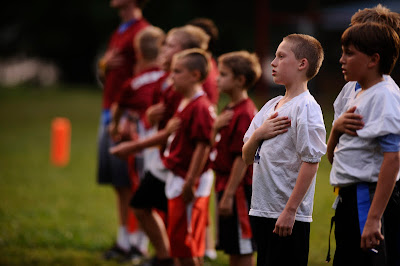 Last night was possibly the most heart pounding, epic, thriller of a game that K-Kountry may have ever witnessed! A nine overtime, high scoring barn burner, after a last second hail mary touchdown in regulation, seems to be the best way to summarize how incredible of a game it was! By the end of the game it didn't even seem like it mattered who won; it was such a good game, and everybody had fought so hard that the scoreboard had become irrelevant. By the end everyone had poured so much in to the night, that it had become a moment of wonder for all. 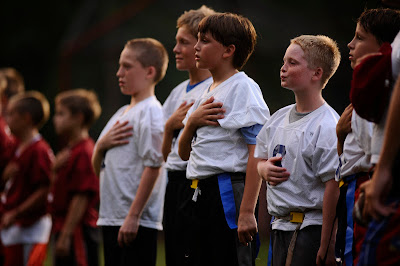